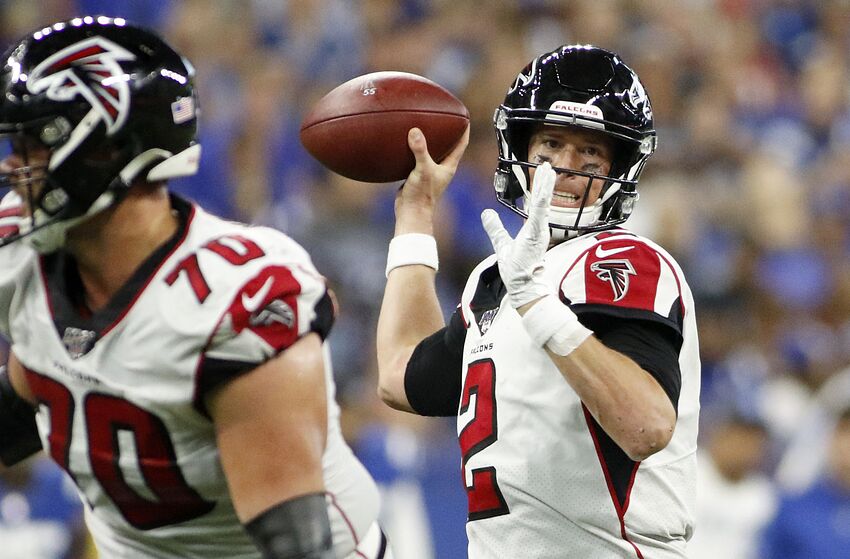 The Atlanta Falcons dropped their fourth straight game to the Arizona Cardinals to drop to 1-5 on the season. With the latest loss, the Falcons and Dan Quinn are doomed to another wasted season that is sure to end in disappointment and changes.

After the debacle against the Houston Texans, the Atlanta Falcons were staying on the road to play the Arizona Cardinals, a team led by a rookie head coach, Kliff Kingsbury, and a rookie quarterback, Kyler Murray. With the Cardinals being one of the teams at the bottom of the NFL, similar to the Falcons, it was assumed if the Falcons were going to turn things around this season, it would start in Arizona. Instead, the Cardinals continued the prolonged misery for the Falcons and Dan Quinn by handing them their fourth straight loss.

This loss in Arizona was particularly heartbreaking in the way it happened. Similar to the previous 5 games, the Falcons started slowly in the first half, trailing 20-10 going into halftime. The second half, however, belonged to the Falcons, outscoring the Cardinals 23-14, but would ultimately lose the game on a missed extra point from Matt Bryant. In a game where the Falcons looked competent and primed to win, the team was betrayed by one of their most reliable players on the roster. You could see the devastation of Bryant’s face after he missed the kick that doomed his team, and possibly head coach, too.

Another Falcon’s note that will be overshadowed by the loss and Dan Quinn’s eventual demise, is the performance Matt Ryan put on yesterday. After struggling with some early-season interceptions, Ryan put one the best games of his career against Arizona, going 30 for 36 with 356 yards, four touchdowns, and no interceptions. It was an all-around great game that will be lost with time because the Falcons defense couldn’t stop a rookie quarterback from scoring consistently. It was the first time in NFL history a quarterback put up those kinds of numbers and lost the game. That can be chalked up as “Atlanta things”.

When Dan Quinn is fired, it will be because of the awful defense of the Falcons. After making the bold move of firing his defensive staff last season to take over the defensive playcalling himself, the Falcons defense has been just as bad, if not worse, this season. During the four-game losing streak, the Falcons have record one sack and four QB hits. That is an awful number that can no longer be ignored or made excuses for. It’s not a matter of if when it comes to Dan Quinn being fired. It’s when.

With the loss, the Falcons fall to 1-5, all but eliminating the Falcons from anything other than a top ten draft pick. After the road trip, the Falcons will come back home for two games against the LA Rams and Seattle Seahawks before the Falcons bye week. With their next two opponents, the Falcons are staring down a 1-7 record going into the bye-week, barring some miracles. This Falcons team will likely have a different head coach when the team returns for the second half of the season.