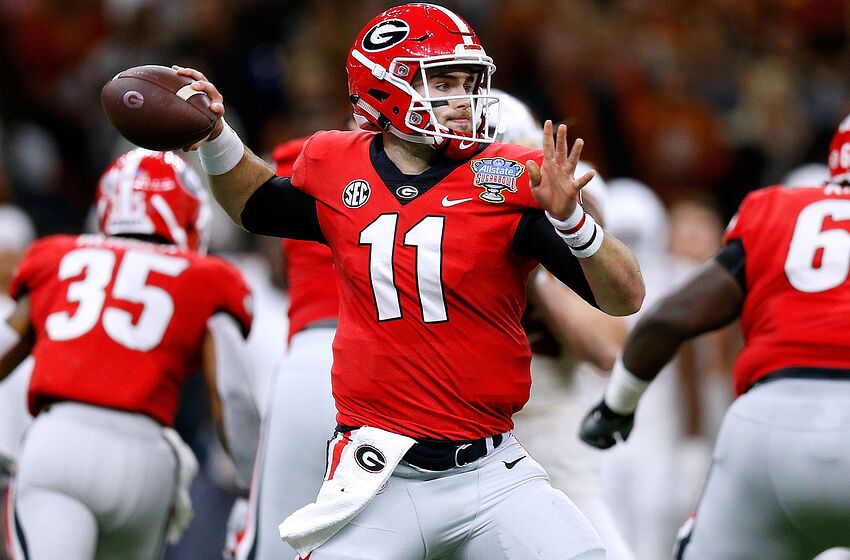 Atlanta Braves: Ender Inciarte Will Bounce Back For Atlanta in 2020 by Kit Anderson
Atlanta Falcons Blow Out Carolina Panthers Again by Deke Lloyd

The Georgia Bulldogs were blown-out in their loss in the SEC Championship to the LSU Tigers. After the loss, it was announced Georgia would return to the Sugar Bowl to face off against the Baylor Bears.

Coming into the SEC Championship, the Georgia Bulldogs were big underdogs to the LSU Tigers. All season, LSU has bludgeoned teams all season with their high powered offense led by Heisman favorite, Joe Burrow. Led by a stout defense, Georgia was hoping to be the foil that would finally slow down this LSU offense. Unfortunately, like so many teams before them, Georgia was outmatched by the LSU offense.

Joe Burrow and the LSU offense really had their way with the Georgia defense all day. Burrow put on an all-around great performance that would be his last game before the final Heisman ballots are due. When the game was said and done, Burrow threw for 349 yards and four touchdowns. Burrow added on a 16-yard reception and 41 rushing yards just to show his off his athleticism. Burrow put on a clinic for the Bulldogs defense, who was supposed to be the team to finally stop the Tigers offense.

Despite Burrow’s heroic day, the Georgia defense did enough to keep their team in the game. After going down 14-0 after the first quarter, the Bulldogs defense locked down to only give up three points in the second quarter. It was the Georgia offense that once they got behind, they couldn’t keep up with the LSU offense.

Jake Fromm had another typical Fromm game, completing less than 50% of his passes and throwing two interceptions. It was the kind of game Fromm has become accustomed to having this season. After looking like a lock for a top-five pick in the NFL draft, Fromm will most likely return for his senior year. It’s been a strange year for Fromm and the Bulldogs offense.

Following the game, any hopes of a CFP spot went out the door for the Georgia Bulldogs. Instead, the Bulldogs will return to the Sugar Bowl for the second year in a row. Last season, the Bulldogs lost to the Texas Longhorns. This season will be another team from Texas, this time the Baylor Bears. Don’t expect much offense from this Sugar Bowl.

Don’t be surprised to see a similar performance to last year’s Sugar Bowl in this year’s. Baylor is a team that has been near rock bottom as a program in the last couple of seasons. Baylor will be going for their 12th win, which would be the most in their history. On the other side of the ball, like last season, the Bulldogs are playing the Sugar Bowl instead of the CFP. It’s going to be another disappointing end to a season that started with so many expectations.